The cinema film ‘La Belle Époque‘ (France 2019, Director & Writer Nicholas Bedos) is intriguing, amusing, and in some moments fascinating. The story and scenery are quite unusual, having many aspects, and holding some surprises. Beyond the story of this romantic comedy, viewers are introduced to a special experiential production of past periods that customers can choose to live (or relive) through — a service called “Time Travellers”. Victor Drumond (Daniel Auteuil), the protagonist, chose to relive 1974, specifically during the week he first met his great love, who in later years has become his estranged wife Marianne Drumond (Fanny Ardant). The frustrated Victor hopes that by returning to those better days he would be able to enjoy his life again and relish his old love. We will not go here into details of the story, as this is outside the scope of this blog, yet will focus on the lived experience crafted for Victor, including the design of scenery which looks so vivid and immersive.

The experience is crafted as in a theatrical production of the historical period, reconstructed down to details. This includes the sounds and visuals of the period, fashion, and other artefacts (from furniture to cars). Actors are playing roles of other people taking part in the episode produced (while the production team is watching and directing the ‘act’ from a control room above the set). It is a sort of ‘virtual reality’, but one that is fabricated in the physical world rather than in a digital space. During the film, viewers get to see a selection of other periodic experiences created for other customers of ‘Time Travellers’ (e.g., royal or Napoleonic Europe, Nazi Germany featuring Hitler and his top command — expect a surprise in this scene). Customers can choose a historical period before their time or a period in which they lived in their own past, as chosen by Victor (1974 when he was 25 years old).

The location of the central scene in the personalised experience of Victor is a café-bar named La Belle Époque, where he originally met Marianne and was delighted by her. In the reconstructed ‘episodes’ the role of Marianne is played (through most of the film*) by Margot (Doria Tillier), a hired actress the same as other actors participating in the events set for Victor. At the site of the café-bar as well as in other locations that Victor visits while reliving 1974, one encounters typical interior designs of the period, clothing, songs, art, and other visual elements that signified the 1970s. These elements help in particular to re-create the ‘right’ atmospherics at La Belle Époque.

The spirit of the 1970s is marked by the fashionable clothing garments and apparels of the period, as well as how people talk and behave (e.g., being direct and sometimes blunt, smoking). We may see men (e.g., Victor) wearing colourfully illustrated shirts, or shirts with large collar ‘wings’, widely open, and jackets. Women may be wearing long dresses or skirts (or au contraire mini skirts), and head scarves. Both men and women were likely to wear wide trousers, expanding wider at lower the end of their legs (i.e., like ‘sails’).

An exemplar of the architectural design in the early 1970s was particularly met at the hotel where Victor was staying: relatively simple, unpresumptuous, using straight lines; we could see this at the hotel entrance outside and in the lobby (e.g., the reception desk and wall behind with woodwork). By the way, the senior man acting as receptionist was wearing a sleeveless sweater in coloured horizontal lines, a design rather popular at that time (but not for long).

Antoine (Guilamme Canet) is the owner of the enterprise and chief producer/director of the crafted experiences. He is uncompromising, unrelenting about every detail, and keen about the costs. Antoine is the master of the illusions of historical periods he is trying to re-create. One clearly gets the impression that his job is highly demanding, especially as he appears to be a perfectionist (to the degree of being rude to those who flounder or do not follow his orders). In order to orchestrate a periodic experience, Antoine has to undertake several crucial tasks: research in preparation for reconstructing the scenes and events of the period; architectural and interior design of location scenes (all situated within a large studio site); preparing the appropriate fashionable dressing (costumes) for the participants (the customer and the adjoining actors); and training the actors on their spoken text and conduct. These all have to look and feel as real and authentic as possible for the whole experience to be believable and immersive — for the customer, but apparently also for the film viewers.

Victor greatly helped Antoine in the research and preparation stage by providing his drawings, as a professional art cartoonist, of scenes from the period. His contribution in background information and the drawings was especially vital since he desired to re-construct events from his own life based on his memory. Victor actually continued to sketch drawings from episodes in his relived experience as it proceeded.

The experience of Victor was well-crafted, yet not perfect. For instance, Victor identified a place at the hotel entrance where ‘carved stone’ was a wallpaper covering that could be peeled off. He also repeatedly corrected actors for mistakes in phrases they should be saying. Nonetheless, Victor did not seem to be upset or mind these glitches too much — he recognised that this was an illusion, and in acceptance he enjoyed reliving his own beautiful period.

It is fair to argue that these experiences of historic periods could be re-constructed, at least to a similar level of believability, with the technology of virtual reality (VR), with fitting visual imagery and sounds. Yet, a VR engagement can never feel the same as being present in a physical place, touching material objects and talking to real humans (even if they are acting roles in their episodes). Reliving his cherished period of 1974 through VR would surely not be satisfying and fulfilling for Victor as like ‘being in-place’. He is rather critical and resentful towards computer-based products and digital technologies (including the Internet and smartphones). Victor lost his job as a cartoonist for a newspaper that went online-only, and thus his ‘paper-and-pencil’ drawings or comics (bandes dessinées) became redundant (his son, Maxime [Michael Cohen], tries to give Victor a second chance by hiring him to work in his firm). Nevertheless, VR does get represented in the film, where Marianne likes to put on a VR viewing device in bed before going to sleep, in order to drift into her favourite scenes (and apparently also to detach from the men in her life).

The venture of producing periodic experiences presented in the film La Belle Époque is inspiring and entertaining. It suggests that businesses and people can still stage such experiences as ‘shows’ by exercising knowledge and competencies from the performing arts rather than with advanced technology in virtual non-tangible reality. Engaging supposedly in the events of 1974 through VR would probably miss the point of reliving the period for Victor. The scenes in the film seem nonetheless a constructive opportunity for reminiscence, and some nostalgia, also by those who lived in the 1970s, especially in their youth. Bedos proposes in his film an intriguing distinction between fabricated reality in a physical space and virtual reality in an imagined space. These may be viewed as two alternative versions of ‘virtual reality’. In the future we may expect that re-constructed periodic experiences will be more economically feasible through VR technology. Which one would you prefer? 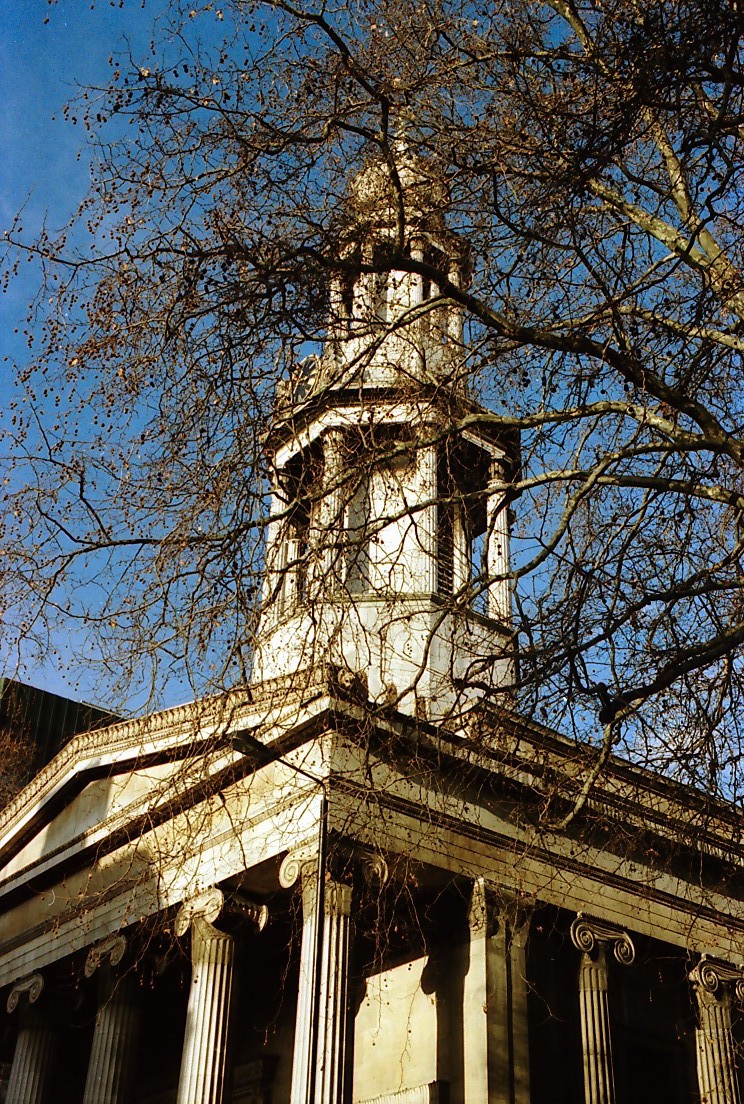 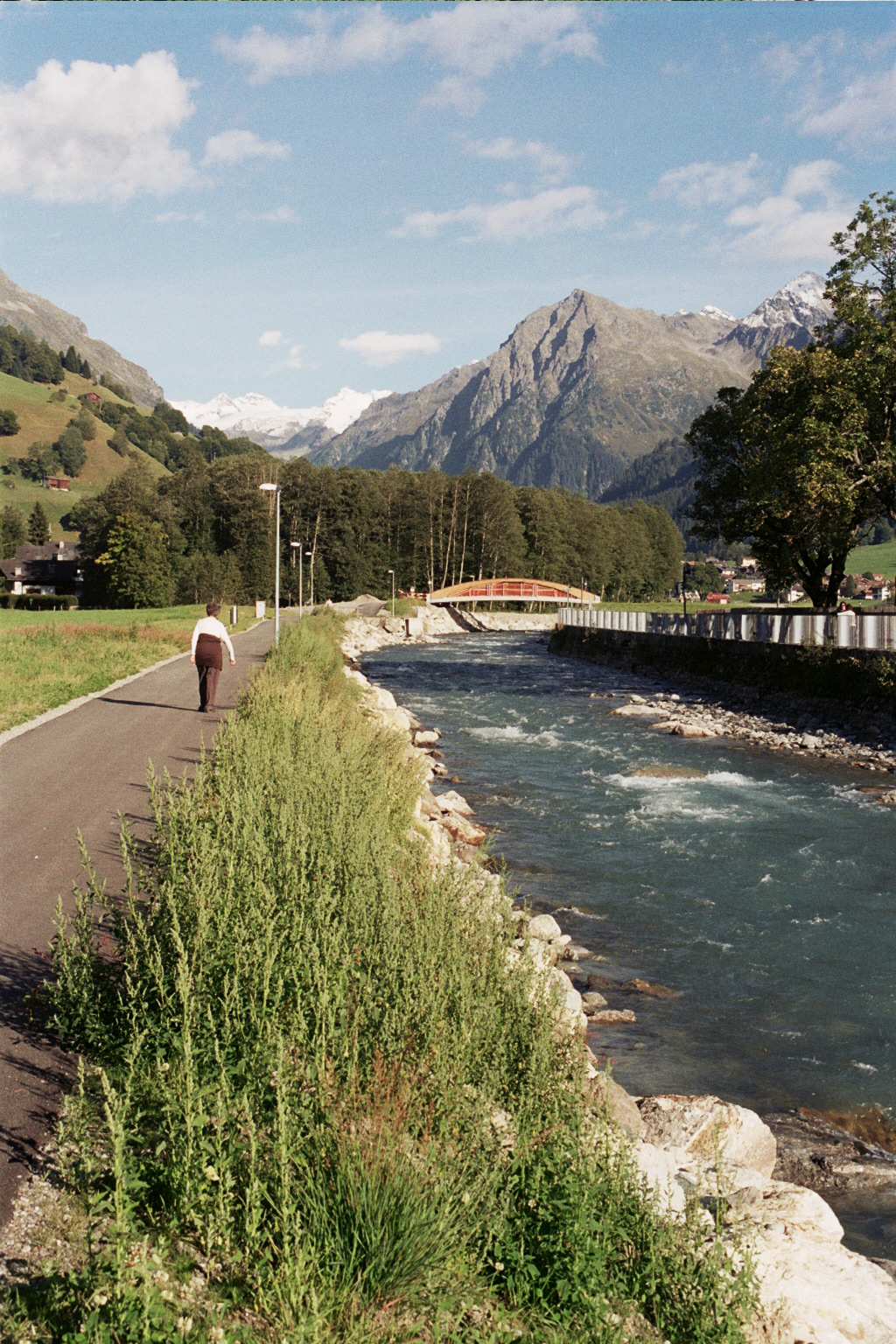 Revisiting the Roles of Marketing and Customer Executives

A Neurophysiological Viewpoint on Advertising Effectiveness

The Promise of Detecting Emotions From Facial Expressions, and a Drawback

Reforming Batteries With the Help of Implicit and Explicit Consumer Measures

New Ways and Meanings of Design 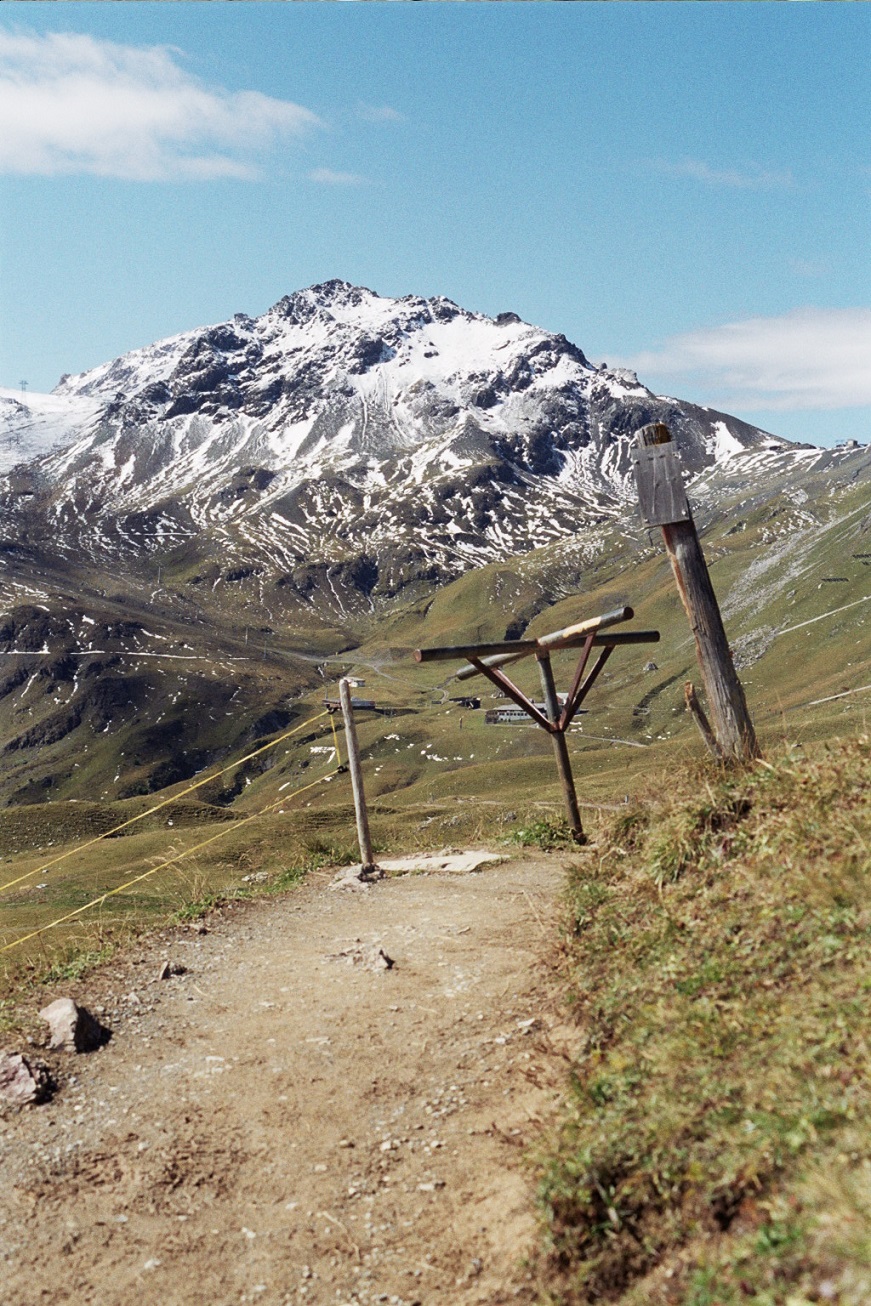 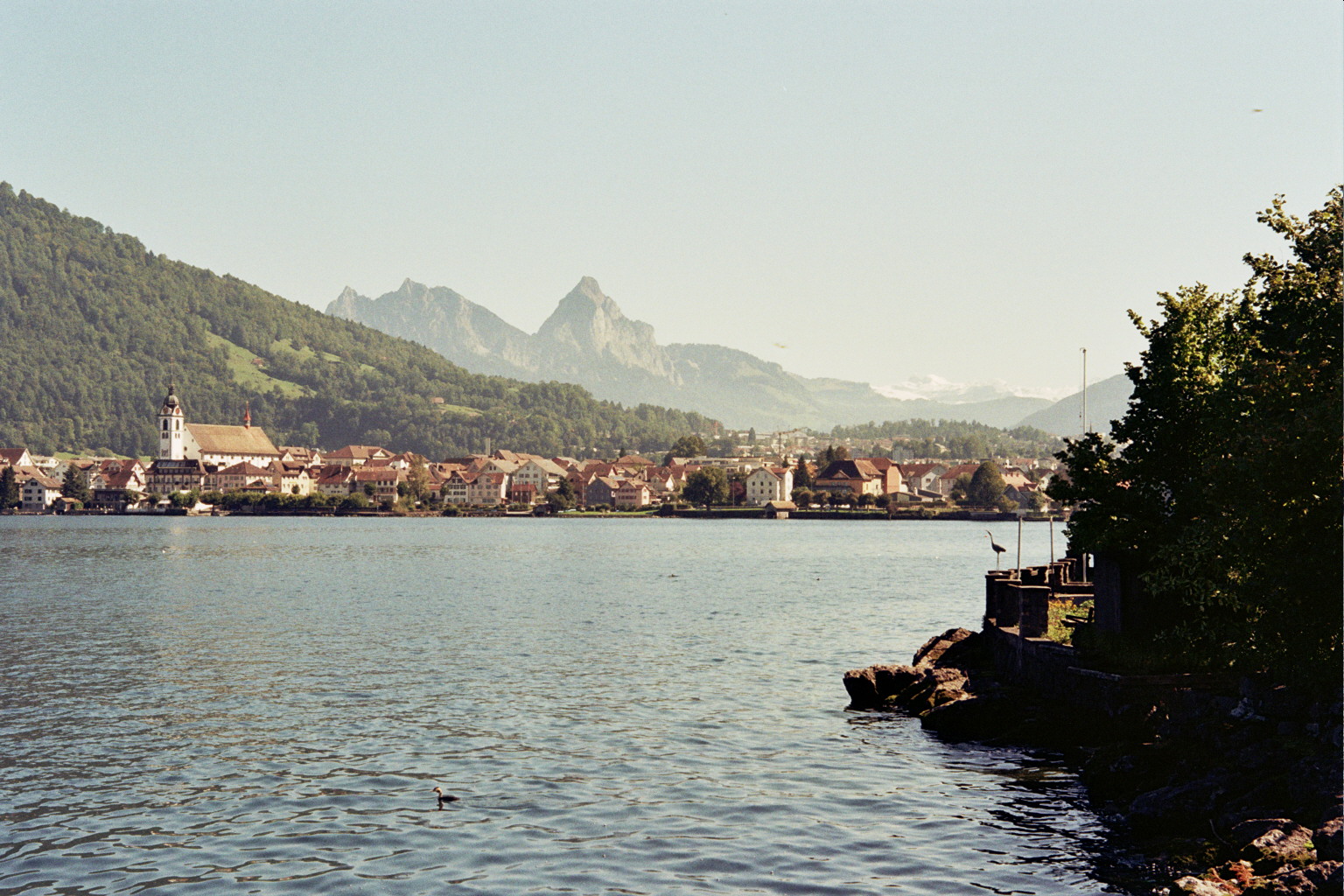